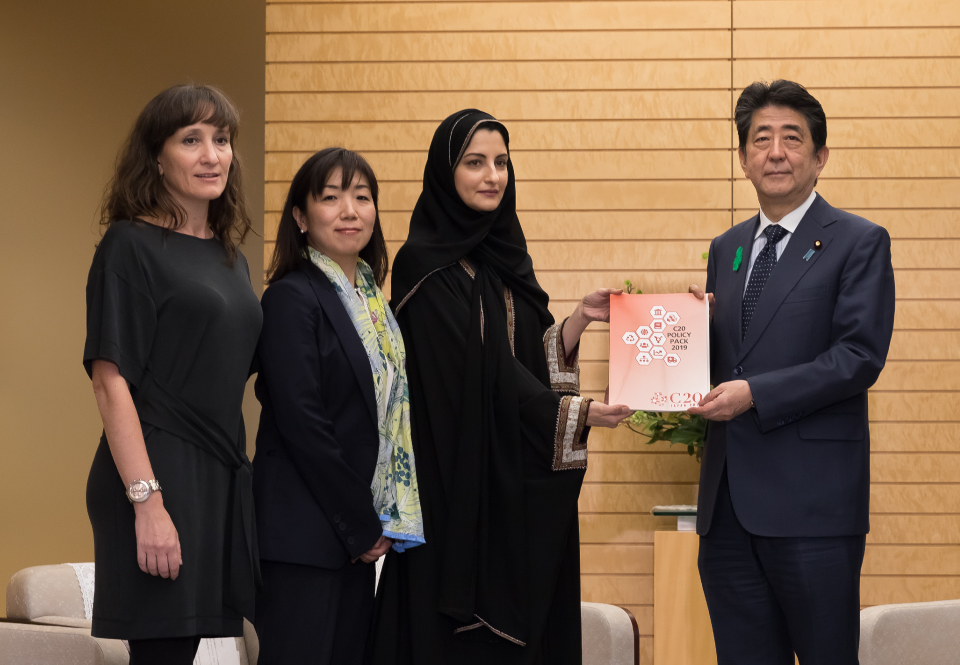 After introducing representatives of C20 to the Prime Minister, Yuka Iwatsuki, C20 Chair and President of Action against Child Exploitation, said, “Over 400 civil society organisations that participated in the compilation of the Policy Pack are expecting the Prime Minister, Chair of G20 in 2019, to reflect the recomendations addressed in the Policy Pack to be discussed in G20 Osaka Summit”.

Atsuko Miwa, C20 Co-Chair and Director of Asia-Pacific Human Rights Information Center, introduced the key issues of the Policy Pack and mentioned about the role that G20, whose GDP reach more than 80% of the GDP of the globe, should play in achieving SDGs by 2030. She also stressed that it was time to turn promises into actions and that C20 was willing and ready to work together for globally shared solutions for globally shared problems. 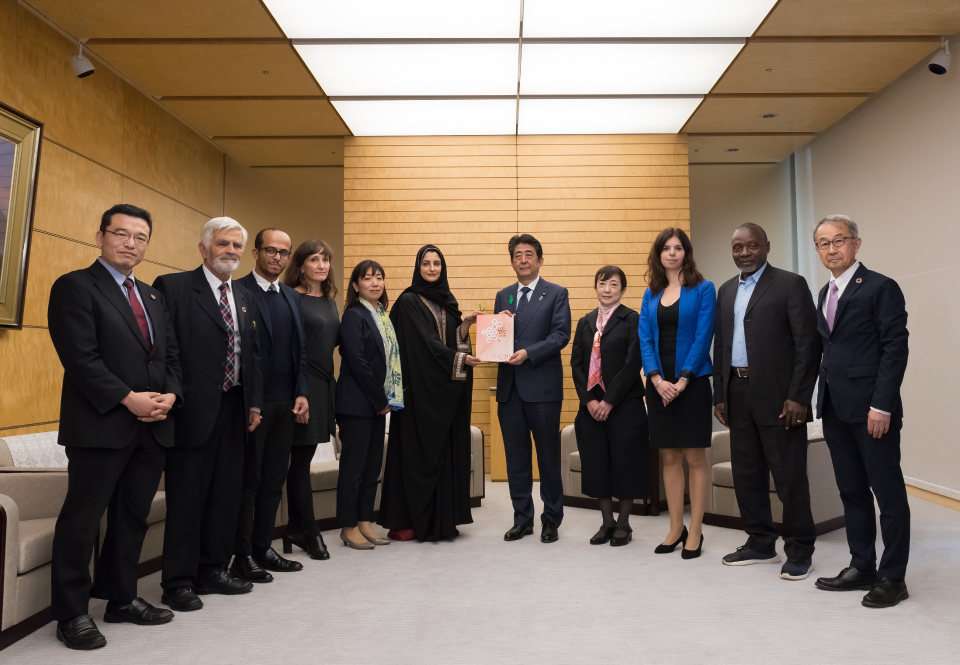 Prime Minister Abe commented that the Policy Pack that was handed to him by Her Highness Princess Nouf bint Muhammad bin Abdullah al-Saud of King Khalid Foundation, Saudi Arabia, included important issues that should be discussed in G20 Osaka Summit.

He also mentioned that he shared C20’s concerns about the widening gap in the course of the Fourth Industrial Revolution that is taking place under the present globalised economy and  that he intended to lead discussion about free trade and inclusive growth in G20. He added, “Recognising differences of interests that exist among G20 countries, I will strive to work on issues that can be commonly discussed and agreed upon, through the spirit of harmony, to achieve broader objectives”. 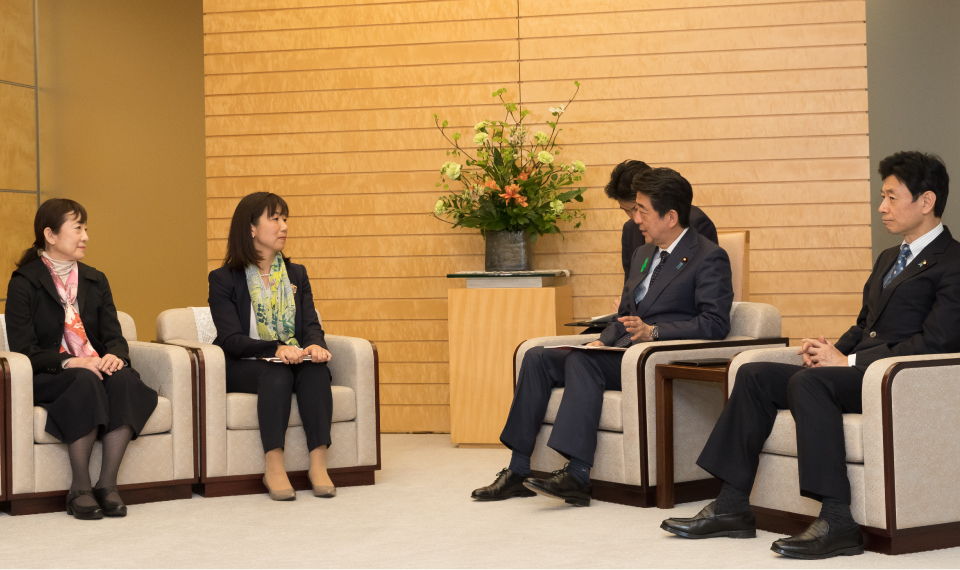 C20 Summit will take place for three days from Sunday, 21 April to Tuesday, 23 April 2019 in Tokyo and nearly 600 participants from all over the globe are expected to join the conference.